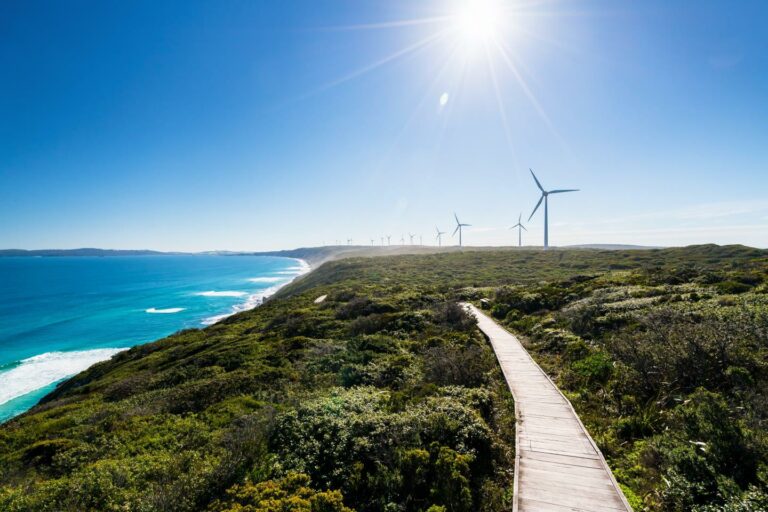 Norwegian oil and gas player Equinor has teamed up with Australian offshore wind developer Oceanex for three proposed offshore wind projects each with a planned capacity of up to 2GW. The Albany Wind Farm (pictured) is one of the most spectacular and largest wind farms in Australia.

Significantly, Oceanex was established by two of the co-founders of the Star of the South, Australia’s first proposed offshore wind development. Oceanex, founded by Andy Evans and Peter Sgardelis, is developing five projects in Australia, four of which are expected to use floating technology and are planned off the coast of New South Wales.

Equinor is the latest in a string of international energy giants that are analysing or making a move on the nascent market in Australia. Orsted, Shell, Copenhagen Infrastructure Partners, Iberdrola, DP Energy, as well as Macquarie’s Corio and others, are already in the local market or contemplating an entry.
Equinor and Oceanex said they are targeting submission of licence applications to develop three offshore wind projects off the coast of Newcastle, Eden, and the Illawarra. Each is planned to have an installed capacity of 2GW and feature 15 MW wind turbines. All of them are targeted to start-up in the early to mid 2030s.

The pair plan to co-invest in “entities to explore these opportunities”, with the transaction expected to complete in Q4.

“The government has signalled a strong desire to develop an offshore wind market in Australia with new legislation and an emerging regulatory framework coming into effect recently,” said Equinor and Oceanex in a statement.

“The collaboration will combine Oceanex’s local knowledge and experience gained over the last decade with Equinor’s experience and pioneering role in the development of offshore wind,” they said.